I had this performance problem while monitoring and event recording for 8-10 IP cameras using the ZM. ZM is too good a software to abandon just for performance issues. So I decided I should pay more attention to the motion detection feature of the cameras I have and relieve the ZM server from the task of detecting motion. I've finally managed to use the on-camera motion detection feature of Axis Cams and here are my notes: 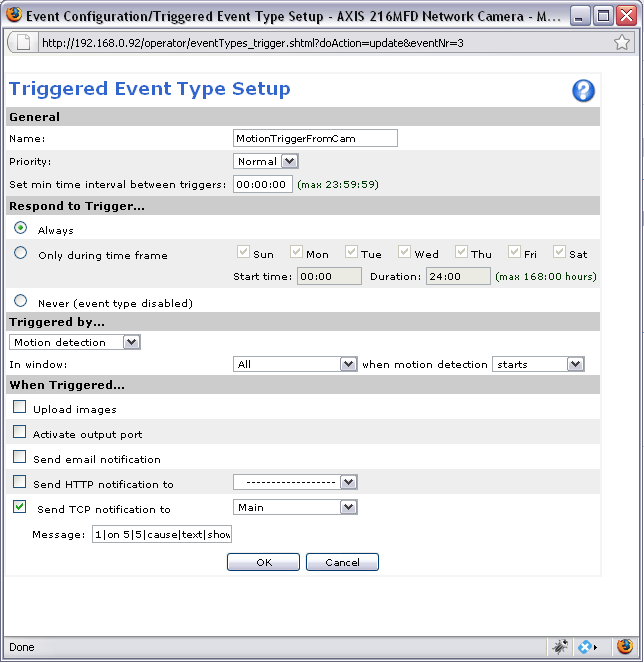 The text "1|on 5|5|cause|text|showtext" means that alarm will be triggered for the monitor which has ID=1, alarm will set recording on alarm will be cleared after 5 seconds. The score of the alarm is 5 ( any score >0 is OK) "text" and "showtext" are just explanatory notes.

The ZM specs tells us that the format of the message can include a "duration" as long as the message is sent as: "1|on+5|5|cause|text|showtext" bu the problem is the Axis camera cannot or will not save the "+" sign which appears in the message. A CGI parameter conversion problem I presume...

More of this can be seen at Band In Cirencester

I've taken care of this "+" problem with a small modification in zmtrigger.pl source (see below).

Next, I specified the host IP address of the zm computer and its default zmtrigger port of 6802. 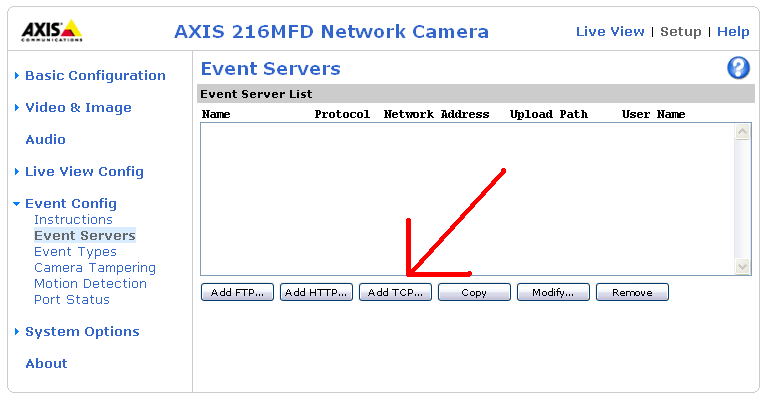 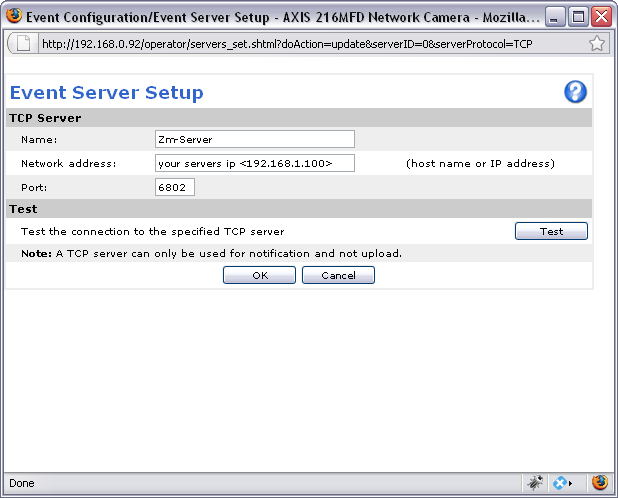 The second important setup is the "motion detection" setup on the Axis. I created a window which covers the area of interest; kept the object size as small as possible, pulled the history slider all the way back to zero and left the sensitivity slide somewhere past the %50 value.

There is no special setting for the ZM except that I've assigned the "Nodect" function to my camera monitor.

Finally, I modified the zmtrigger.pl file so that the first few lines of the function handleMessage looks like this:

a few other modifications I made in the zmtrigger.pl file are commenting out some unused modules and pushes:

my modifs are marked with "# CUA"

These three regular expressions remove the quotes sent by Axis which envelope the message string and insert a plus sign if the "on" command is followed by a space). These 3 statements convert an incoming message of the form

and of course, you shouln"t forget to restart zmtrigger.pl; or better still modify the zm startup script so that it starts zmtrigger.pl everytime zm is [re]started.

I just hope that this helps other people trying to implement the on-camera motion detection with ZM.

Again; many thanks to those people who developed ZM at the first place and to those who helped it to become a perfect opensource project.