Most of the other tips/etc may no longer be valid

All my cameras are Foscam HD cameras (1280x960) and support RTSP. Further , 4 out of my 5 cameras are connected via WiFi. Zone minder has many options to capture frames, but for Foscam cameras it boils down to:

I investigated all 3 options.

Now that RTSP was the only viable option, there are 3 methods you can use (well, maybe 4, not sure if Curl supports RTSP - never tried)

Based on this issue in github, knnniggett writes that starting ZM 1.28, they have built in their own RTSP handler that does not rely on FFMPEG. This option may or may not work. For you. It works well for me -no smudging. But if this mode does not work for you, read on

VLC is supposed to be a drop in replacement for FFMPEG. It works, but here is the rub:

So obviously, VLC was a fail for me.

This is what I mean by smearing: 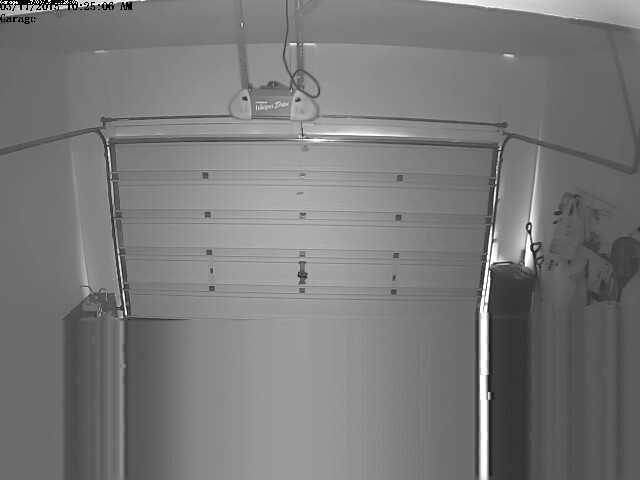 So there are a few aspects to addressing this problem, based on various other threads I read, and advice from forum members:

Lets take them up one by one:

Based on threads I read over at Foscam forums, there is no way to "tell" foscam to stream over TCP if UDP is also available. There are various strategies to work around it, but before you try the various options, if you set remote method as "RTSP/RTP" in ZoneMinder, ZM forces a TCP connection. You can validate this by checking with netstat while you are streaming. So chances are if you are using this mode, you are already enforcing TCP (Note: other mechanisms like routing the source host via you external public IP and setting port forwarding to TCP is unnecessary as I said above, ZM is enforcing TCP. Also adding "?tcp" to the URL caused complete havoc in my system - ZM hung up, DB stopped working due to too many connections)

I directly accessed my camera admin web interface, and reduced FPS to 3 and key frame rate interval to 10, Frankly, for the purpose of capturing motion alarms, I think an FPS of 1,2,3 are perfectly fine

Not messing with FPS inside ZM

For each camera, I cleared FPS and Alarm FPS inside ZM. . Inside ZM put in an FPS that is greater than the frame rate of the camera. This is important. You don't want ZM to reduce FPS - it causes issues. Instead reduce at camera. The reason I recommend you put in a higher FPS Max in ZM is because when the camera goes offline, ZM takes up max CPU trying to keep connecting to the camera and Max FPS helps curtail this.

To eliminate the spurious alarms generated by the occasional smear, I changed Misc->Alarm Frame count - I put in a minimum number of frames that ZM will count for alarms before actually raising an alarm. I analyzed my alarm stats and noticed that whenever smearing happens, it lasts for a max of 2 frames. So I put in a minimum alarm frame count as 3. This completely eliminated false events due to smearing. Obviously, this value may change based on your in-camera FPS. (credit: user kkroft suggested I use this feature to not record events on Signal loss here, which I thought I could apply for the occasional smear too)

Finally, as of April 2015, I stopped using FFMPEG and switched to native RTSP (only av. in 1.28). If it works, it does not smudge at all. But it may not work for you - it seems temperamental; in which case the tips suggested above may help you with FFMPEG