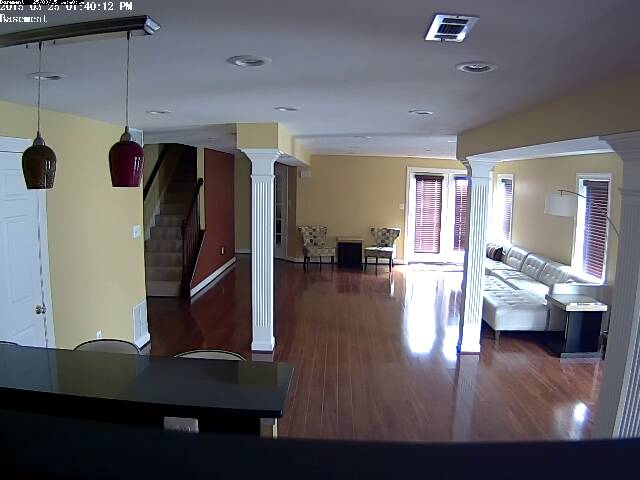 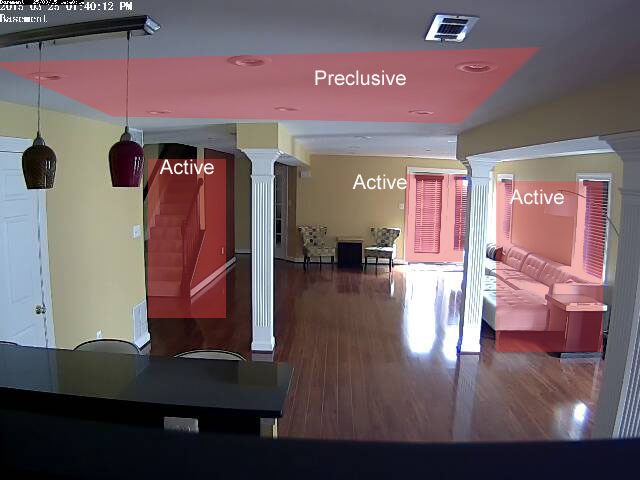 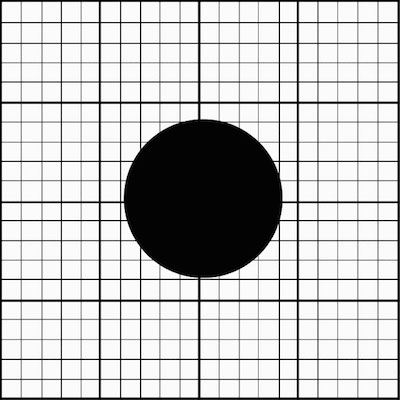 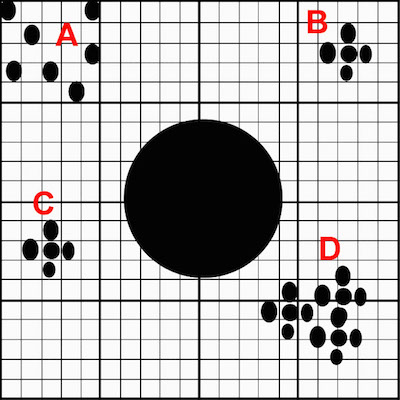 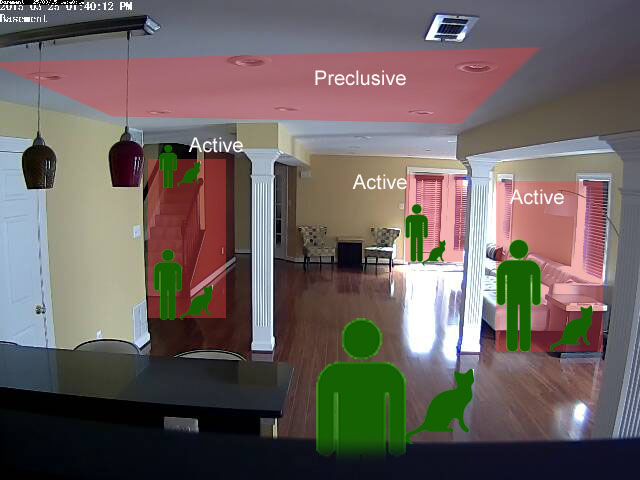 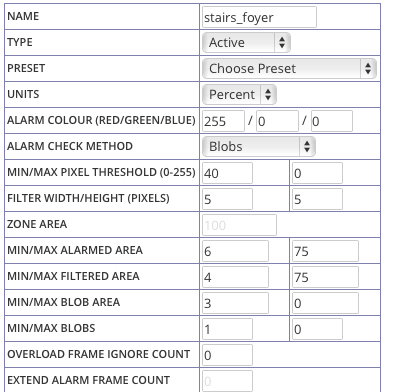 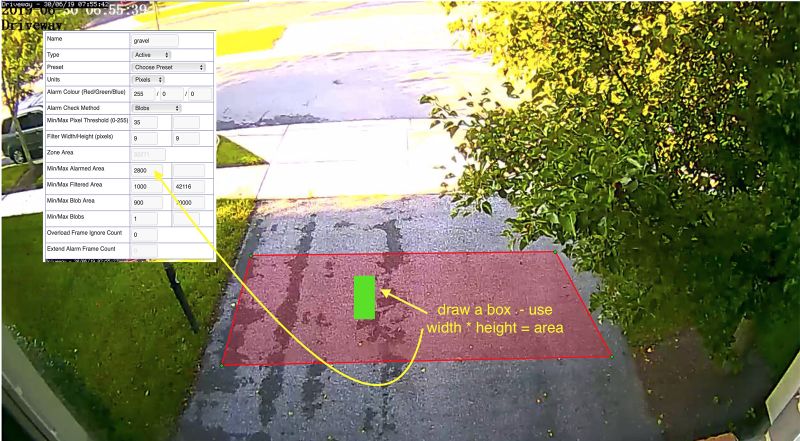 Here is my zone setting for the door (Edit note: the max alarmed/filtered area was changed to 70% - the image shows 90%) 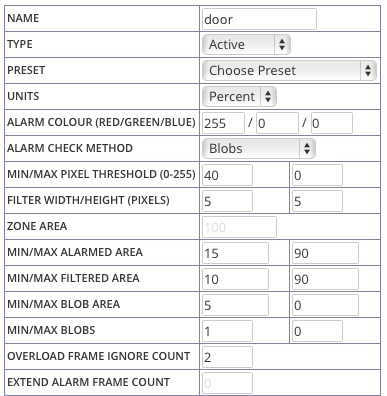 The logic is similar to the foyer area - plus, I've used the overload frame count -- basically the sun blasts through the blinds and in those cases the % change is very large (around 75+%) which triggers my max % spec and in that case, I tell zoneminder to ignore the next 2 frames so that this excessive lighting condition does not raise lots of alarms. BTW, this is one zone where I still get 4-5 false events in a day. I am fine with it and prefer to live with it.

Ah, I get it. But hey what's that preclusive zone in your image at the start of this artlce?

Ah, ZM allows us to specify a zone where should an alarm occur, it suppresses alarms in that zone and all other zones in the monitor. I've set it to cover my recess lights. So if someone turns our lights on, I won't get an alarm. Does it work? Yep pretty well. Does it always work? Mostly. Heh heh.

There are other optimizations you can do. Another setting I found useful is to use "Alarm Frame Count". This is not part of Zones, but part of your monitor definition (Buffers tab). It specifies the minimum amount of alarm frames to trigger an alarm. Most of my cameras are on Wifi and my basement is farthest away from my AP, so I occasionally get smearing. Setting this to 3 reduces almost all smears raising an alarm

You're a dork. None of this mumbo jumbo worked for me. I want my money back

Life sucks. Take a break. Drink a glass of wine. Or two. Then get back to your settings. And its possible these don't work for you - try different values. Think visually. Oh, and I'll need a postage paid envelope to email you a $0 cheque. And a $5 cheque from you to pay for gas to drive to the nearest post box. Labor is free because you did not like my article. There is a lifetime return policy, you see.